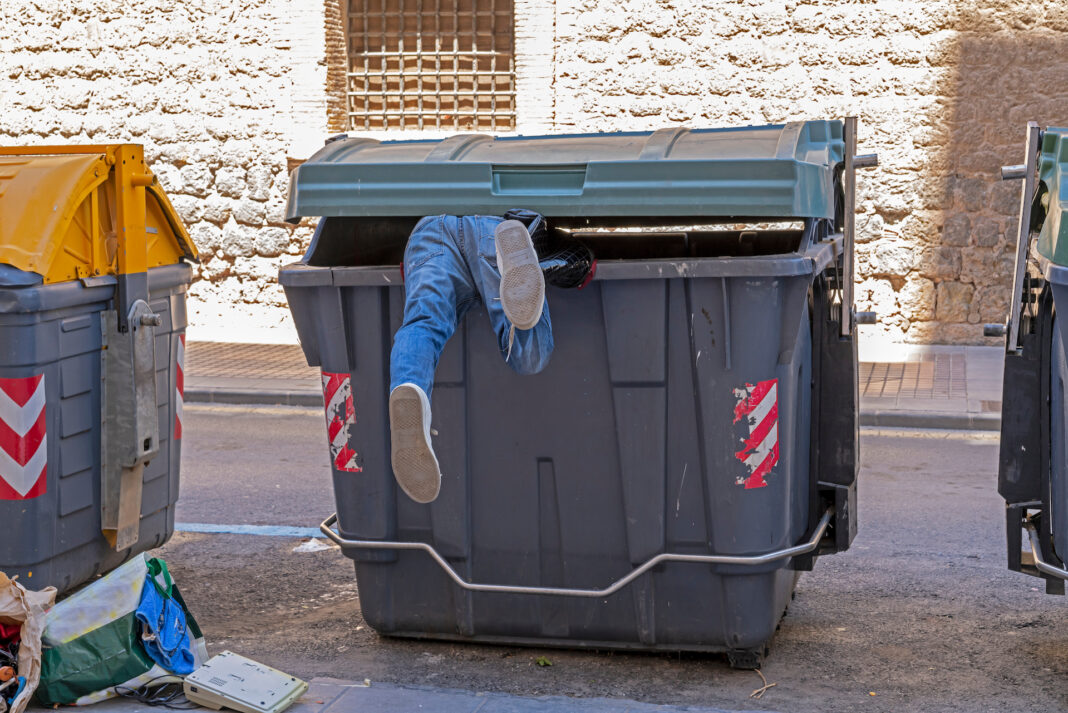 Perhaps you get a new class of sales on Amazon.

In the digital shopping era, those dumpster diving artists have realized they can make decent cash by doing it full or part-time and then reselling their discoveries. So now, thanks to Amazon, it’s making a major comeback.

Dumpster diving is so popular, in fact, that there are all sorts of groups and communities discussing techniques for hunting and retrieving garbage gems. Still, they like to keep it a secret from outsiders.

Dumpster diving is legal in the United States in general, though regulation varies from state to state. According to a 1988 Supreme Court Ruling, when a person throws something out, that item is now in the public domain.

However, if a dumpster is against a building or inside a fenced enclosure marked “No Trespassing,” one could be questioned, ticketed or even arrested.

When it comes to dumpster diving tips, some places are more rewarding than others to find items. Clearly, upscale neighborhoods are the number one spot for collecting. Since wealthy people are often upgrading their wardrobes, they throw away items that can be of use.

These are the gold mines–at least in places where dumpster diving is allowed.

Retail stores and malls can also be a good source as they often discard items they don’t need or that are damaged. Three of the most popular retailers to dumpster dive at are Ulta, Five Below, and GameStop.

Educational institutions also throw away a lot of trash, including furniture, electronics, and books. Dumpster diving experts advise visiting the dumpsters on college campuses when the school year is over as the best time for quick cash turnaround since Americans spend about $510 per household on school supplies.

Also, for fans of internet shopping, if you are getting a really good deal on something, it is possible that it is a product of dumpster diving. According to divers’ testimonies, goods they found are being sold on multiple online merchandise platforms.

And there is a profit, for sure.

One Texas-based “professional” dumpster diver is reported to earn up to $100,000 one year.

Aside from the electronics and furniture, Matt Malone told media that his most precious finds were an original Muhammad Ali painting that was done for a book by his daughter and Donald Trump’s cell phone number.

Malone said that someone had thrown away a Rolodex with Trump’s number in it. He dialed it and was told not to call again.

Reporters from the Wall Street Journal recently set up their own Amazon store to verify online reports that dumpster divers can list products for sale on Amazon. They successfully listed a variety of products pulled from dumpsters, including an unopened jar of lemon curd.

In response, even though the company says that dumpster-sourced listings are isolated incidents, Amazon has updated its policy to forbid selling items that came from the garbage.

But dumpster diving isn’t only a pastime of would-be merchants. It’s also one of the most used tactics by intelligence and law enforcement agencies, and is a well-known form of industrial espionage.

After all, we remember a case from the early 2000’s, where computer technology corporation

Oracle indirectly hired janitors to dig through the garbage of its competitor, Microsoft.

Even the FBI, in its 2008  Domestic Surveillance Manual, encourages its agents to take up dumpster diving.

On its website, the FBI warns about dumpster diving as a significant national security problem.

“Dumpster can provide foreign and economic spies with valuable information that should have been discarded more carefully. Our Awareness of National Security Issues and Response program has other valuable information for companies, law enforcement, and government agencies, ” the FBI says.

So, whether you’re Christmas shopping or looking for industrial secrets, what you might just have come out of the trash.