Home Uncategorized Working From Home Will Transform The Energy Industry 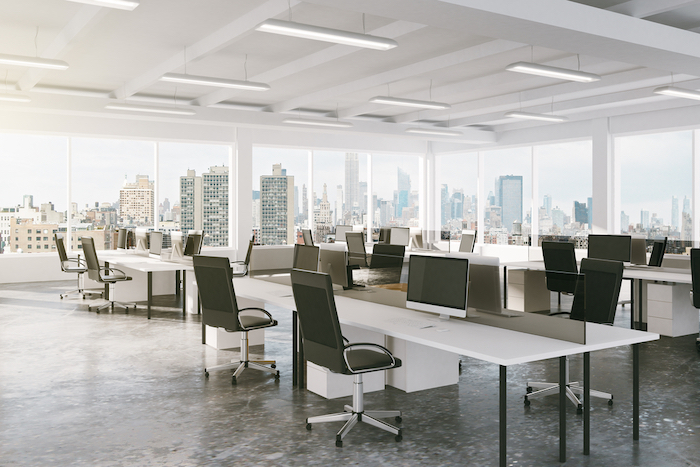 A few days ago, Facebook joined Twitter in embracing remote work as a permanent option for many of its employees. In a decade, Mark Zuckerberg said, half of the company’s employees could work from home. Now, let’s consider all the high-tech companies that could afford to keep half of their employees in the home office… and what this would do to oil demand.

Oilprice.com’s Michael Kern raised the question in April, soon after WTI swung into negative territory for the first time ever. Transportation, he noted, accounts for more than two-thirds of oil demand in the United States. This makes it the single most critical factor for sustainable demand in the industry.

Within transportation, so-called light-duty vehicles, the kind that includes passenger cars that millions used for their daily commute, account for the biggest portion of oil demand, at 8.31 million barrels of oil equivalent daily. Freight trucks, for those interested, are a distant second, consuming some 2.8 million barrels of oil equivalent daily, according to Statista data for 2019.

When lockdowns effectively put an end to travel in March, the results were instant. In late March, the daily national traffic volume in the United States was down close to 40 percent from a month earlier. By mid-April, this was down 46 percent on a monthly basis before slightly improving towards the end of the month as lockdowns began to be eased. Chances are, traffic volumes will continue to improve from this point forward, with lockdowns lifted across the states.

But the question remains, will demand rebound fully? The answer may well be no.

An internal Facebook survey cited by the AP showed that one-fifth of employees was, “extremely or very interested” in shifting to full-time remote work. Another fifth was “somewhat interested.” The rest of the tech giant’s employees appear to want flexibility above all.

The results of this survey, if indicative of the general mood in the tech industry, may be alarming for oil demand. Facebook alone employs close to 45,000 people. Of course, not all of these commute by car. But, once again, Facebook is not the only company mulling over permanent remote work. Twitter, which employs some 4,900 people, told them all they could keep working from home if they wished to after the lockdowns were over. This effectively means a permanent change in work patterns. This permanent change in work patterns would unavoidably mean a lasting change in energy consumption.

Not everyone believes that tech companies’ plans will work. In an article for Business Insider, David Plotz, for example, listed the reasons why the idea was doomed to failure. These included the marked difference in communication and networking—and hence career-advancing—opportunities between in-office and remote work and the fact that people have different temperaments, and not everyone is suited to remote work.

As true as that is, it is also true that for many people, remote work is a godsend–and they will be happy to stay at home after the pandemic goes away. So, while it’s impossible to make any specific predictions on how much oil demand will be lost because of permanent remote work, it is virtually certain that some will be lost.

“Many companies are learning that their workers are just as or even more productive working from home,” the senior VP of staffing company Challenger, Gray & Christmas, Andy Challenger, told the AP. Productivity is important for employers, so it’s safe to say that more companies will likely encourage permanent remote work.

There is also the possibility that consumption would increase elsewhere, according to the chief economist of BP, Spencer Dale. In an interview with HIS Markit, Dale noted that things like home deliveries to avoid going to grocery stores and greater personal car use instead of public transport could be among the transportation segments that post increased demand for fuels after the crisis.

Indeed, with so much fiscal stimulus, oil demand might rebound soon enough; only there are tens of millions of people out of a job, and if these jobs don’t return, neither will pre-crisis oil demand.

And then there is Europe’s green recovery plan, which is incompatible with oil demand growth, to put it mildly.

For now, nothing is certain. The uncertainty will likely persist for months to come. The chances are that oil demand will continue to improve as travel-starved people take to their cars and the roads, but once the initial frenzy passes, most will settle into their old—or new—habits. And the new ones might become permanent, as habits tend to be.

“Every organization will increasingly need the ability at a moment’s notice to remote everything from manufacturing to sales, to customer support,” Microsoft’s Satya Nadella said last week. The shift to new work patterns is already beginning. Where it will end is anyone’s guess, but unless it is almost identical to current work patterns, it will likely harm oil demand, perhaps permanently.

The Rich Got Ever Richer Under The Pandemic