In the first half of the year, Dean Foods’ sales tumbled 7%, profit fell 14%, and the stock has lost 80% over the course of the year.

On November 12th, the NYSE suspended trading of Dean Foods and moved to delist it.

According to a company statement, it is currently looking to sell and is in talks with the Dairy Farmers of America, the country’s biggest dairy co-op, for a potential deal.

However, for some that raised concerns about anti-competitive activity, with opponents fearing a milk monopoly that would all but guarantee lower income for struggling farmers.

According to the United States Department of Agriculture (USDA) March report, 2,731 closed farms represent a drop of 6.8%.

Wisconsin, home to the most dairy farms in the nation, saw the most farmers pushed out of business, with 590 farms closing up shop. Pennsylvania, the second largest dairy state, lost 370 farms this past year. One of the largest percentage drops in dairy farm numbers came in Michigan, with a decline of 230 farms, or 13%. In all, the number of dairy cows in the U.S. dropped by roughly 100,000 animals in the last year.

And for the farms still around, many are struggling.

According to data reported by the National Farmers Union (NFU), the average dairy farm has shown a positive net income only once in the last decade, in 2014.

But late that year, the global market shifted. China drastically cut back on its milk imports, while the European Union lifted production quotas and Russia banned western dairy imports.

The U.S. administration trade war with China is taking a serious toll, with tit-for-tat tariffs cutting exports of U.S. dairy products to China by 43%.

The dairy industry has had plenty of help from the government, with federal subsidies estimated to make up as much as 73% of dairy farm income. Just California and Wisconsin, the two biggest milk producers, are receiving almost $130 million in aid to cope with the trade war.

Additionally, aside from all of this, it looks like American consumers are ditching dairy products and opting instead for plant-based alternatives. Once hailed as the super-food, now there are calls by dietitians and physicians for decreasing dairy consumption. 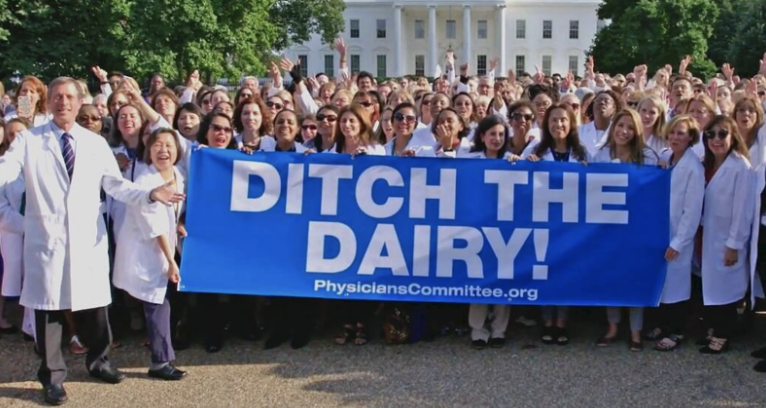 According to the U.S. Department of Agriculture data, Americans have cut their milk consumption down from 35 pounds to an average of 15 per person annually. Although Americans purchased nearly $14.7 billion worth of dairy milk in 2017, last year that figure dropped by $1 billion.

As for dairy alternatives, sales for non-dairy products to more than double, from $17.3 billion to $29.6 billion over the next three years.

However, the biggest drain on milk sales is actually water, the bottled version. According to a 2017 report by IRI, 53% of the volume of milk lost went to bottled water drinkers.

So, we can blame the trade war, and Chinese import patterns, but at the end of the day, milk has a lot of new enemies, and a trade deal won’t necessarily serve the milk the cows anymore.

Here’s Why Precious Metals Are Climbing