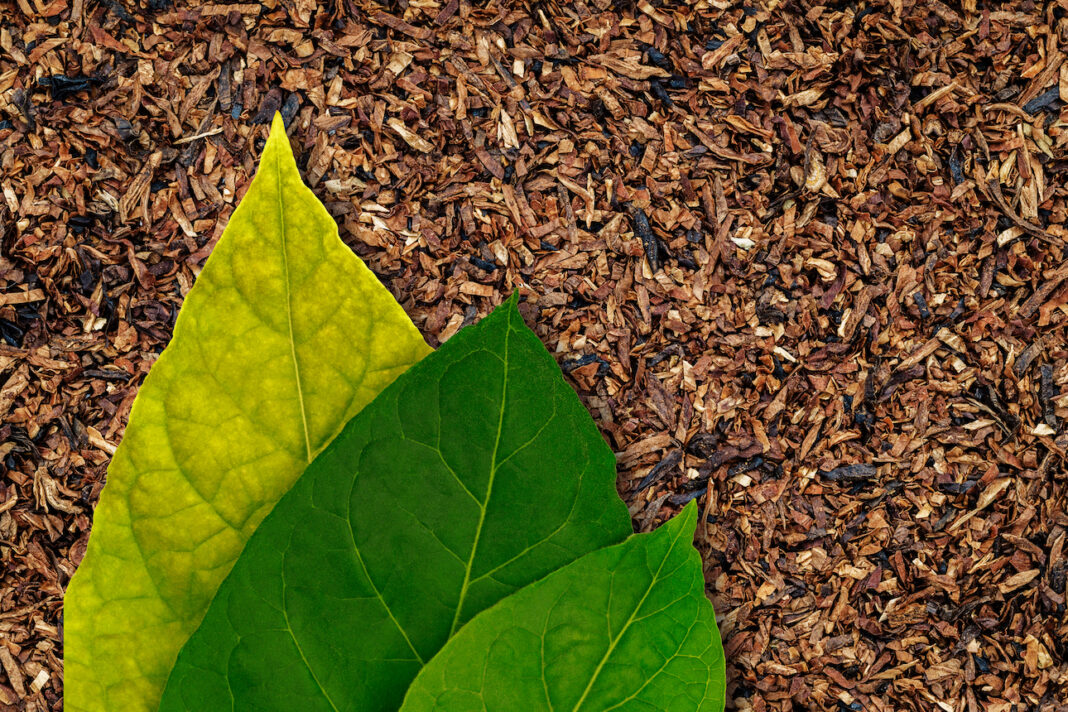 In the throes of a vaping panic that has the FDA and the CDC running in frantic circles, tobacco giant Altria has seen its shares tumble almost 20 percent this year, after making a multi-billion-dollar bet on e-cigarette darling Juul.

Last year, Altria paid $12.8 billion for a 35-percent stake in Juul. This year, that investment is looking like one of the worst best the tobacco giant could have made. 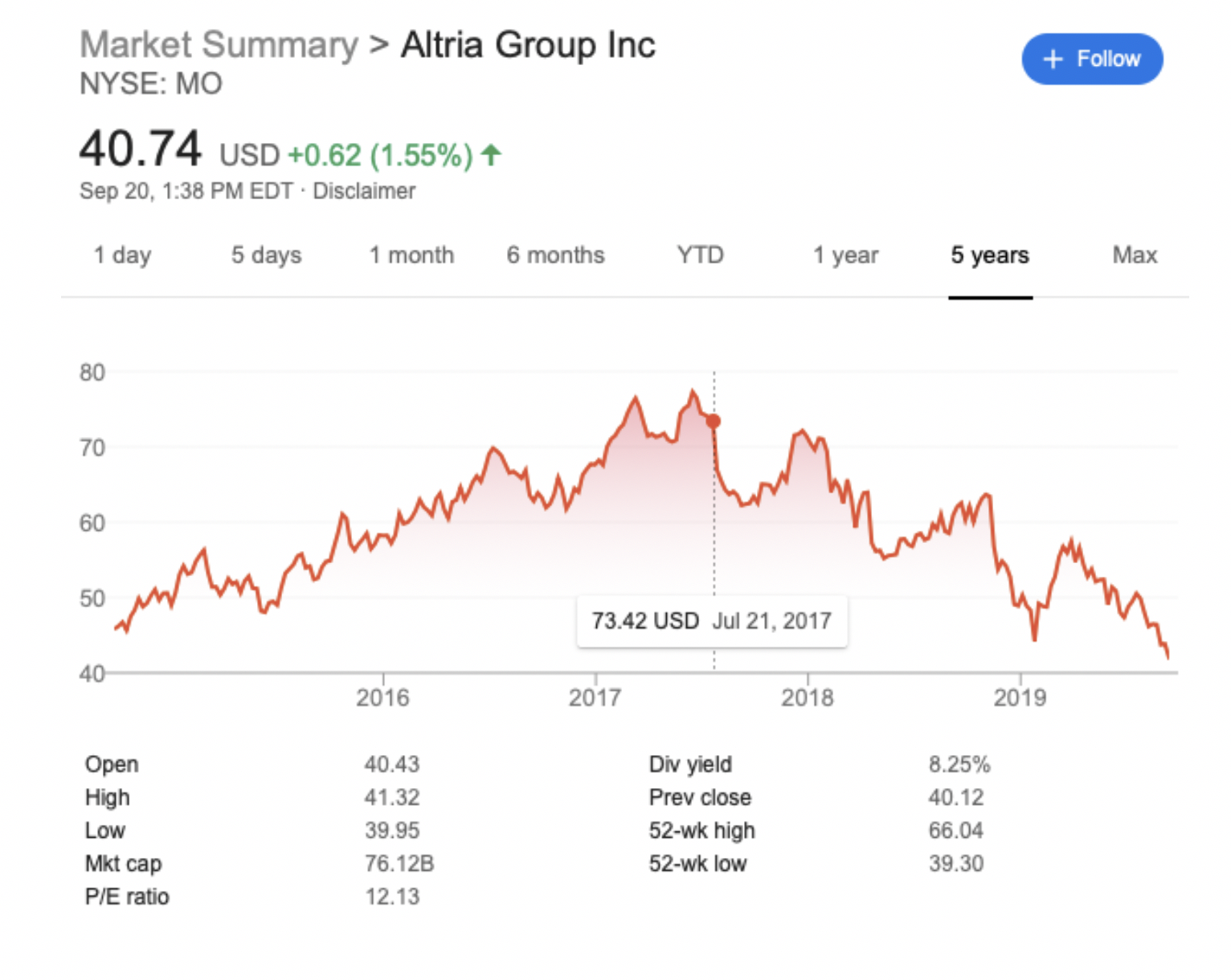 And in recent weeks, the sell-off has been gaining momentum as health officials loudly scrutinize eight deaths allegedly linked to vaping and hundreds of illnesses, and as politicians start issuing bans.

So far, vaping is suspected or confirmed as the cause of death for 8 people and 530 cases of pulmonary illness across 38 US states

Juul, which boasts a 75-percent share in the U.S. e-cigarette market–has come under particular scrutiny and is under immense pressure right now from the public, the FDA and even Trump.

Gun control issues haven’t even come close to this amount of attention, even with a spate of killing rampages.

Health officials are still unsure what exactly is causing the illnesses.

The FDA has pointed to vitamin E acetate in THC vaping cartridges. On Thursday, FDA launched a criminal investigation into the nationwide epidemic of vaping-related illnesses. The Centers for Disease Control and Prevention (CDC) is advising people to stop vaping until the causes are solidly linked or not linked to e-cigarettes.

Last week, Trump proposed banning all flavored vaping pods from the U.S. market. JUUL’s products have already been withdrawn from Chinese major e-commerce websites, and a handful of other countries have introduced restrictions, as well.

India banned e-cigarettes entirely, which could proof to be significant since India has 106 million smokers, second only to China.

Suddenly, in a matter of days, the global vaping market has shrunken exponentially.

It is in this atmosphere that another mega-merger is in the pipeline: This is a re-marriage of sorts, between Altria and Philip Morris, which split in 2007.

Philip Morris has also taken its plunge into the e-cigarette market, and its ongoing development is likely to take some important cues from what’s happening right now on the vaping scene.

It’s been a roller coaster ride for big tobacco. Just think: In 2018, the tobacco industry took a massive, $127-billion hit because of the growing popularity of e-cigarettes. And then the minute they jump on that train to make up for losses, e-cigarettes lose traction over a major health scare.