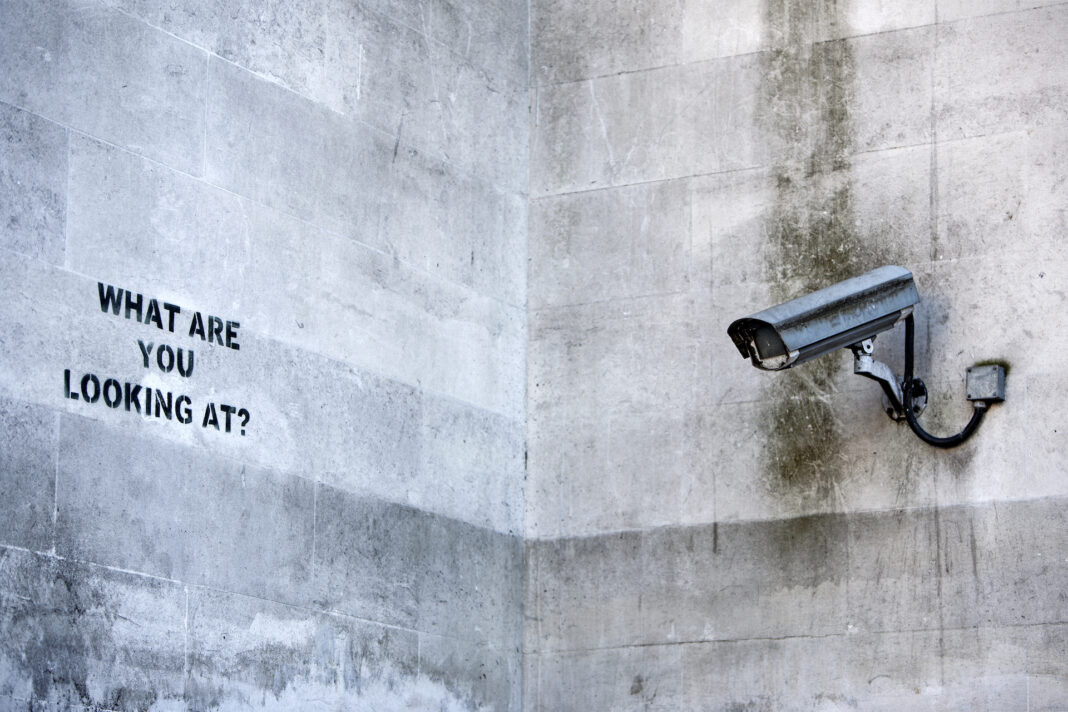 Rarely shying away from making timely political statements, elusive British artist Banksy has over the holidays revealed his new piece on the imposed divide between Palestinians and Israelis.

The artwork, titled “Scar of Bethlehem” portrays baby Jesus in his crib with Mary and Joseph looking on. But this is Banksy, so in the background something else is looming: In this case, it’s the concrete wall that forms the West Bank barrier. Where the North Star should be, there is a bullet hole, instead.

The words “love” and “peace” are painted in graffiti on the barrier in both English and French. There are also three large, wrapped presents in the scene.

On Instagram, the artist described the work was a “modified Nativity”.

The work has appeared inside “The Walled-Off Hotel”, a guesthouse designed by Banksy himself, which actually overlooks the barrier in Bethlehem. The nine-room guesthouse, which boasts “the worst view of any hotel in the world,” was opened in 2017 and attracted some 50,000 visitors in the first year alone.

The Israeli government began construction of the barrier–a mixture of concrete parts and other forms of inviting fencing–in 2002 during the Palestinian uprising, or intifada. Israel says the barrier is needed to prevent terror attacks. Palestinians say it the instrument of a land grab. The International Court of Justice has called it illegal.

However, despite the fact that Bethlehem is a key tourist attraction–especially in December, which brings in some two million visitors–the separation wall and security situation has a severely negative impact on the city’s economy, which has one of the highest rates of unemployment within the West Bank.

Banksy has been an outspoken critic of the political situation in the West Bank. In 2005, for instance, the mysterious artist traveled to Palestine, where he painted nine images on the West Bank wall.

Those images included Girl and a Soldier, showing a young girl frisking the armed soldier, a mural of an Israeli soldier and a Palestinian having a pillow fight, and The Armored Dove, which depicts a bird fitted with a Kevlar vest and holding in its beak an olive branch.

The hotel’s manager, Wissam Salsaa, told AFP that Banksy’s new artwork was “his own contribution to Christmas”.

“It is a great way to bring up the story of Bethlehem, the Christmas story, in a different way ? to make people think more” of how Palestinians live in Bethlehem, the Biblical birthplace of Jesus”, Salsaa said.

And that’s not all Banksy has had in store for us this holiday season. A painting of a nativity scene known as the “Banksy Christmas card” is making its rounds on the internet again this week.

The image features what appears to be Joseph and Mary blocked from reaching Bethlehem by the Israeli West Bank barrier.

The “Christmas card” has been around since at least 2005 but it appears to enjoy something of a viral resurgence every December; and this year is no exception.

According to the media, the original postcard painting was purchased by singer Robbie Williams for around $44,000.